Learn how to write a Calavera Literaria/Calaverita / Satirical Poem.

OCCA is hosting a workshop on how to write a calavera literaria highlighting the historical context of celebrating Dia de Muertos with satire and other essential elements and the poems traditional structure.

Workshop participants may also sign up to publish in the annual calavera anthology chapbook and read at Mundo Latino at the State Fair of Texas on October 23, Dia de Muertos October 30, and Festival de Calaveras on October 31. Sign up below.

​Calaveras Literarias also known as Calaveritas, are written to poke fun at friends, famous people, and elected officials. Calaveras literarias are never written about the deceased.

Calavera writers workshops will be held annually in conjunction with the Festival de Calaveras on or close to the Day of the Dead on November 1 & 2.

Calaveras will be published in a chapbook by OCCA and the poets will be reading dressed as Catrina or Catrin for all to enjoy. 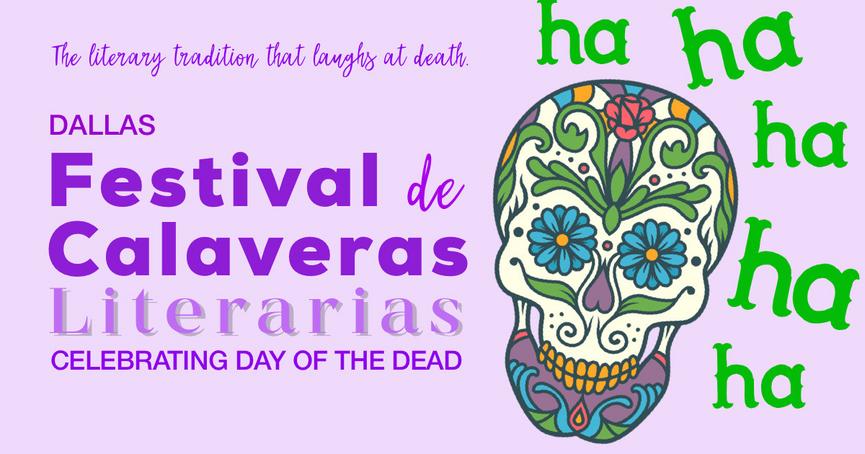 About Calaveras and Day of the Dead.
“The Day of the Dead (el Día de los Muertos), is a Mexican holiday where families welcome back the souls of their deceased relatives for a brief reunion that includes food, drink and celebration. A blend of Mesoamerican ritual, European religion and Spanish culture, the holiday is celebrated each year from October 31- November 2. While October 31 is Halloween, November 1 is “el Dia de los Inocentes,” remembering/honoring the deceased infants/children, and also called All Saints Day. November 2 is All Souls Day or the Day of the Dead. According to tradition, the gates of heaven are opened at midnight on October 31 and the spirits of children can rejoin their families on Nov.1. The spirits of adults can do the same on November 2.” (From IMBD.com) Calaveras are skulls that are created in several forms such as sugar skulls, skull painted faces, literary skulls, music, cuisine (pan de muerto, calavera cookies) and more.